Voting with the Stars

Omaha is odd anyway. We vote for our mayor during odd numbered years when everyone else’s yards are free from bright red and blue yard signs, thick as spring dandelions. But this year offers a stark choice among the two mayoral candidates: one a meeting-lover, one a pile-driver.

Statistically, it’s a tight race. Five percent of voters strongly favor one candidate or the other, twenty percent are undecided, and seventy five percent don’t know there’s an election.

It boils down to this. One candidate doesn’t care what you think; he already knows what he wants to do. The other candidate needs to call a meeting to find out what he thinks. How do you choose from that?

Let the stars decide. Look up your astrological sign below, and let fate take its course.

Aries: You are bright, dynamic, quick-witted and impatient. You will vote early, and choose the first person on the list, just to get it over with. 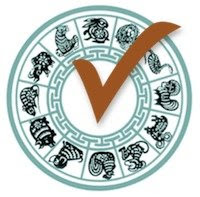 Taurus: You are determined, efficient, stubborn, and conservative. You will be on your hands and knees pulling weeds in your yard when you realize you forgot to vote.

Gemini: You are lively, social, literary and communicative. You will read all of Hal Daub’s treatises and attend all of Jim Suttle’s neighborhood chats. Then you will flip a coin.

Cancer: You are emotional, sensitive, moody and conscientious. Voting is important to you, and you will be on your way to the booth when someone invites you to a party. Fuck it—you can’t pass up a party invitation.

Leo: You are extroverted, dignified, proud, a lover of the limelight. You don’t care about this race because you are not running for mayor.

Virgo: Practical, responsible, a careful planner and a dedicated perfectionist. You can’t vote because you’re a volunteer poll worker.

Libra: You are idealistic, diplomatic, fair-minded, and indecisive. You’d rather not have to choose, because you don’t want to make the other candidate feel like a loser.

Scorpio: Intense, powerful, strongwilled, and enduring. You won’t vote for Hal Daub because he pissed you off fifteen years ago and you haven’t forgotten about it. Suttle’s out because you think he’s a pussy and you hate pussies. You’ll write in the name of one of your friends.

Sagittarius: You are idealistic, optimistic, freedom-loving and gregarious. It’s only the mayoral race—how much harm can he do? You skip voting in favor of a bike ride in the sun.

Capricorn: You are ambitious, disciplined, thrifty, and responsible. I wish you were running. Vote for yourself.

Aquarius: You are individualistic, unconventional, independent, and unpredictable. Like I’m supposed to figure out who you’ll vote for?

Pisces: You are supersensitive, impressionable, sympathetic, and intuitive. Daub is good because, like, he has all that experience, but he also made a lot of enemies when he was mayor before, y’know? Suttle gets along pretty well with everybody, but that’s only because he tries so hard to please everybody and doesn’t really take a stand of his own. But really, that can be a good thing too, you know, because listening is important, and it’s  best to have a consensus, but dude, sooner or later a guy has to take a stand and pick a side, you know?, and you can’t just gather opinions all day, and so maybe…what’s that? The poll closed?