I was barely sixteen when I attended my first funeral. It was in honor of my good friend Jimmy, whom I had known for about three weeks. My parents encouraged me to go, but didn’t offer to accompany me. So I drove the seven quiet miles to Gibbon, Nebraska alone.

I didn’t know what to expect. I was apprehensive, in a fog. I hadn’t yet learned how to cry in public.

I don’t remember who first introduced me to Jimmy, but we hit it off immediately. He was a drummer, and his country band needed a new guitar player. I fancied myself to be a rock guitarist, but Jimmy swore the band was really fun, and they were booked solid for a year. My current rock band had played one gig, with nothing more in sight.

It went to audition for his band, played them a song or two, and they hired me on the spot. “Come here on Saturday and I’ll drive you to the gig,” said Don, the leader. Don was half black, half Mexican, with a strong limp from childhood polio forty years before. He was a natural frontman, graceful and smooth. Like Joe Cocker, it was hard to take your eyes off him.

“When do we rehearse?” I asked.

Jimmy gave me a grin that said, See what I mean? How cool is that!

By that weekend, Jimmy was in a coma. While driving his 5-year-old sister to school, he was broadsided by a bread truck at a gravel road crossing so remote they didn’t bother with stop signs.

His mother sensed it. She rose from her desk job, walked silently out of work and drove directly to the spot of the crash. She was the first to arrive.

Ten days later Jimmy was dead, and I was cobbling together appropriate clothes for his funeral. The first thing I saw when I entered the hall was Jimmy, lying in his open casket. I froze in place. I had no idea people did such things. It was awful to stare, but I couldn’t look away.

I inched closer, and it wasn’t Jimmy, not really. I’m sure the mortician did his best, but Jimmy had been crushed, and the reconstruction was imperfect. Jimmy’s head was now longer, narrower, more square. He was wearing his new class ring, and it dangled like a pendulum on his bony finger.

I don’t remember much else. Words were said, they closed the lid, and drove Jimmy away.

And that was that.

Don eventually married Jimmy’s mom and adopted his little sister. Last time I saw her, she squealed as she wedged herself four feet up inside a doorway, proud as a chimp, her grin tugged at by faint pink lines where her awful wounds had once been. I like to think she’s a raving beauty now. 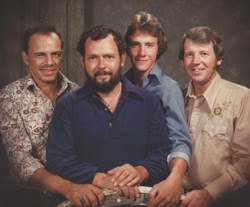 I stayed with the band of strangers for a couple of years, repeating classics like Lonesome 77203, The Key’s in the Mailbox, and Crystal Chandelier. I never told my rock-and-roll friends I was booked every weekend. My friends never saw the band photo, with the four of us wearing matching brushed denim leisure suits, each of us leaning one hand on a photography studio fence, me half the age of the others. The new drummer was 35, but I tried to befriend him. I moved away to college, eventually losing touch.

So that was that.

I was lucky enough to go four years before my next funeral. I had a front row seat. I was a pall-bearer for a man I never met.

How do you live 98 years and get carried out by a stranger? I didn’t dwell on it; I answered yes when my father-in-law asked. He was not close to his father, whom we were burying, and probably didn’t have an answer to that himself.

The funeral was held at St. Cecilia’s Cathedral, among the largest, most breathtaking churches in the country. Raised Methodist, then accepted and rejected by the Baptists, I was unfamiliar with Catholic rituals. They save a special set for funerals. I nearly bolted from my pew when I looked over my shoulder to spy three robed boys advancing down the aisle holding spears. As the priest flicked holy water on the gleaming honey maple casket, I had to nail my feet to the floor to stop from wiping it off. My brain screamed, You’ll ruin the finish!

The priest nodded to the pall-bearers. I was in front, port side, so I couldn’t watch the others for clues what to do. We lifted the old man slowly, and an attendant slipped the gurney from underneath. I was surprised how light the casket felt, as if no one was inside. 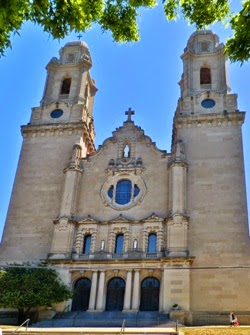 The massive Cathedral sits atop a grand procession of steep marble steps, and as we passed through its giant iron doors and descended, I lifted the front slightly to keep the casket level. My starboard partner lifted in kind, but the two men in back instinctively lifted as well, and the casket lurched downhill.

Before we had a chance to respond, I felt the wiry deceased slide with a quick shish across the silk lining down toward the bow of his ship, his head konking against the wall with a hollow thump, like a ripe melon. We buckled under the sudden weight shift, lifting hard to right the ship.

As we reached the bottom and aligned him for reception into the yawning hearse, I concentrated only on not stumbling under the weight. Furtive looks danced among the bearers, but not a word was said. The car door was shut with a quiet, final chunk, and off the old man went, leaving me to imagine his freshly pressed suit rumpled, his elbows up around his ears, his head tucked sideways for eternity.

At the cemetery I stood beside another pall-bearer, my brother-in-law, whose grandfather was now suspended by steel cables over a freshly dug hole. “So you felt him…” I whispered.

“You gonna say anything?”

We waited, hands crossed in front of us, dark glasses hiding our eyes as we scanned the scene. The other pall-bearers must have known too, but we didn’t dare to look at each other. And what would be done? Stop the ceremony, pry open the casket, grab gramps by the ankles and yank him straight, tugging his suit back down from around his chest, his pants from around his knees?

And then, time decided it for us. The casket descended, water was sprinkled, prayers were mumbled, roses were tossed, dirt was flung.

And that was that.

← Back Door Men The Year of Eating Dangerously →