My mother moved out of her house in my humble hometown of Kearney, Nebraska after forty-eight years. I was two years old when we moved there, and didn’t leave until college beckoned.

You wouldn’t think I’d remember anything about the house we had before that, but I do. I remember patches of grass in the back yard. I remember air vents on the second floor that you could peek through to spy on people in the living room below. I remember the long white station wagon we had, and standing on the green and white vinyl bench seat, the taste of the hard green steering wheel with the bright chrome rocker arm that honked delightfully when I leaned on it. I’m told I figured out how to shift the car into neutral, and took it for a roll down the hill with my four-year-old sister beside me, only avoiding disaster on a busy cross street when my brother dove through the window and pulled the parking brake. But I don’t remember that.
The Kearney home is where my life was.
After forty-eight years a house collects a lot of personal stuff. Each of Mom’s six kids had his own stash, left behind as we crept out into the world. After much fair warning, mother carted most of it off to various thrift stores, but like mushrooms some stuff keeps popping back up. Just yesterday I wondered what became of my complete Matchbox car collection, too late to do anything about it. Right now some lucky 3-year-old is probably sticking my 1971 Silver Boss Hoss Mustang up his nose.
I returned to Kearney to help Mom sort things out. When you’ve moving, everything becomes sentimental and it’s hard to get started. I was assigned to clear out the basement.
Dad was very handy. He bought tools just because he thought he might need them someday. After dinner every night he would slip down to the basement and tinker. I think he needed the time alone, but he wouldn’t deny me if I quietly crept down to watch his thick, wrinkly fingers deftly dancing over some intricate project. Just by watching, I eventually learned how to sharpen a knife on a whetstone, how to sweat a copper pipe, cut a miter joint, solder a wire, and curse. 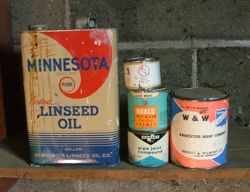 Most tools are toys, really. A grinding wheel is really Fourth of July sparklers in the house. I’d write my name in cursive using a spray can of carburetor fluid, then light it. I was most fascinated by his retrieval tool, a wire two feet long with a syringe button on one end. When you plunged it with your thumb, little clampy robot fingers would open on the other end. You could stick the wire down any little hole and retrieve all kinds of treasures. It was like the crane in a glass box where for a quarter you can try to pick up a bright blue elephant doll and drop it in the access tray, even though you wouldn’t buy the same doll off the shelf for a quarter. I retrieved barrettes and rubber bands from air vents.

A single drip of sweat dangled from his nose as he worked. I pondered over rows of tools, pored over tiny drawers filled with washers and bolts.
“What’s this for?”
Dad was patient. Sometimes entire new projects were started as he got carried away demonstrating a globe Dremel bit or hot glue gun. The first time I heard my baby sister laugh out loud was through the floor vent from the living room above, as Dad and I paused polishing a brass doorknob to listen. He winked at me as her grown-up belly laugh infected me with the giggles.
I was afraid of the closet filled with wood scraps. It was dark, even with the light on, draped in cobwebs and dead crickets. All the wood pieces were dark, with rough broken edges. He said I could use any of the wood that was in there, for whatever I wanted. I wanted to build a bicycle.
The first time I felt like a grownup was when Dad borrowed my hammer. I had bought my own for a high-school class called Construction Technology. Twenty sixteen-year-old morons built a house from scratch every year. We swung screaming circular saws with abandon and learned to adjust a nail gun so that the nail wouldn’t shoot clear through a beam and out the other side. The only requirements for the class: bring a hammer and a pencil.
I was proud of my hammer. It had a “low-vibration” ergonomic fiberglass handle. My Dad’s wood hammer looked so straight and primitive in comparision.
I never remembered to bring a pencil to class. No one did. The teacher would tell us to measure something, and be met with blank looks all around.
“Pencil? Anyone?”
Silence.
“Out of all you guys, there isn’t one pencil?”
We’d borrow his. Whenever something needed to be cut, a cry would go out: “Who has The Pencil?”
I was taught better than that. Dad was organized. His pegboard had a silhouette of every tool he owned, drawn in black marker. If a tool were missing it would look as conspicuous as a crime scene chalk outline. An all-points bulletin would be put out and the tool would be returned.
I left home for college but came back every weekend. Then every other weekend. Then just major holidays. Building a life of my own, I went back over summer break to collect some of my things. My eyebrows raised as I spied my hammer hung on his pegboard, with a black outline lassoed around it.
Because it was there, it was clear that it had become his. I didn’t argue, remembering the fifty tools I’d lost out in the back yard over the years. But the male genetic code that says “don’t mess with a man’s tools” was switched on, leaving me with a whole new understanding of my father.
Dad died years ago. My brother, who lives closest, would stop by to borrow his tools, and saw little point in returning them. When I came back to help clear out the house, Dad’s pegboard was little more than empty drawings of hammers and crowbars and levels, like an Operation game with all the pieces missing.
I poked through little bins of miscellany, chatting with Dad out loud as I went. I teased him over the stuff he filed away, like the coffee can marked “foam pieces.” Lining the bottom of a box of model plane pieces I found the original plans for a sailboat. There was a small picture on the plans of how the boat would look finished, complete with a proud skipper smoking a pipe. Dad took up pipe-smoking around then, and built that boat in the back yard, and looked exactly like that skipper when he sailed away.

On the back of those plans was his doodly sketch for an iceboat he ended up creating in 1972 out of 4×4 beams. I found a few radio-controlled airplane flight logs. “Crashed. Heading home.” Not much else to keep.

It took a day to sort out the rare treasures from rusty tools to be donated to the thrift store. I stacked a roomful of giant garbage bags to be hauled away. I used Dad’s Shop-Vac one last time to clear out his cobwebs and sawdust. The room was finally empty.
Upstairs, Mom and my sister Patty were sorting through photographs and wrapping fine china plates I saw for the first time. In all the photographs I am above ground, but most of my memories are in the basement.
Mom was relieved to have the basement chore off her mind. Dad’s sailboat plans have been ironed flat and framed, along with a matching photo of him on his finished boat.

A set of tiny jewelers files from his basement are now in mine. I see them every day and wonder how his thick fingers ever managed such intricate work.

My hands look more like his now, but they’re not as strong, which I noticed as I hauled the garbage bags up through the old cellar door.