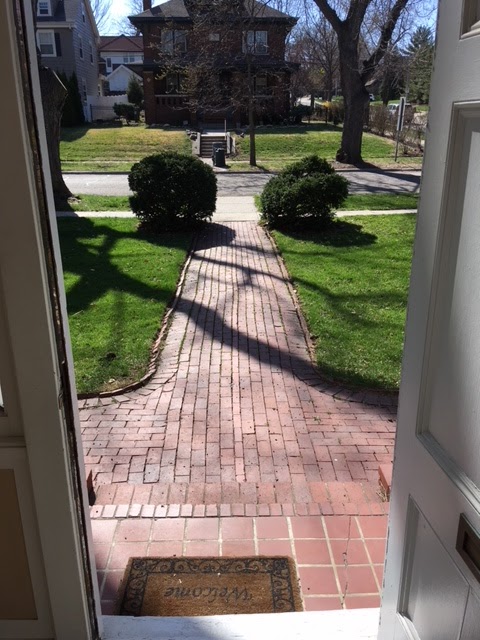 As Number Five of six kids, I didn’t get a lot of new stuff. I felt like a superhero when Mom put new blue patches on my worn purple jeans, like the Six Million Dollar Man with his arm re-attached.

So it was a big deal when Dad took me to pick out a new bicycle. My scooter, my tricycle, probably even my baby carriage had all been hand-me-downs. This bike was going to be mine.

I fell for a honey-golden Sting-Ray. It had a pleated banana seat and a two-speed axle. A “racing slick” back tire, just like the drag-racers on TV. We brought it home, and I was somebody.

Like most kids, my bike and I became one. I lived in a small town with big streets, and was free to explore wherever I wanted. Probably my oldest brother had a lot of restrictions on where he went and what he did, but by the time Number Five came along, nobody even noticed I was gone as long as I showed up in time for dinner.

I cruised home, popped a four-inch wheelie, and dismounted, leaving it right up by the front steps of our big porch, among the various skateboards and ball gloves. I may have gotten scolded for blocking the steps, but never for parking in the front yard. It was our house. Our planet.

But someone couldn’t resist, and rode off with my new bike. I had never even heard of a bike lock back then. Stealing just wasn’t done. I had been carefree and happy. Now my stomach was an anvil.

It was never spoken, but in general I often felt like a burden. I could see my mom working hard to make ends meet, to keep everything clean, everyone fed. We didn’t waste food, and that all made it pretty clear to me we didn’t have money to burn. 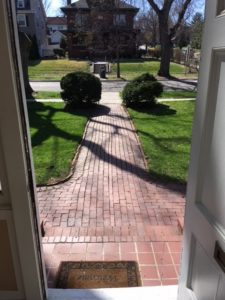 Dad was spitting mad. Nothing was worse for me than disappointing him. But how was I supposed to know? Kids aren’t born expecting evil, looking over their shoulders, hoarding their belongings, tying everything to a chain. Kids play.

So the thief didn’t just steal my bike. He stole my easy joy, trod on the effortless ease between the boy and his dad. Who does that to a kid?

He probably didn’t even want the bike. Just saw it, couldn’t resist, rode it for six blocks and dumped it. Someone else found it and thought it was a gift from Heaven. Finders keepers, guilt-free. No idea that fifty years later, some old guy would still get a stone in his gut thinking about it.

Years later my own daughter’s bike was stolen, taken right out of our garage. Wasn’t her fault, but I still shook my fist at the sky. The anonymity of theft leaves you suspecting anyone. Did that kid walking by on the sidewalk look at me nervously because he thinks I might know he stole the bike? Or is he looking at me that way because I’m glaring at him, just in case, to see whether he takes off running, proving his guilt? All of a sudden I see all the neighbor kids as them, not us. That’s the scar a thief causes.

I got her another bike. No way to avoid that feeling of burden, a cloud looming over what should have been a joyous purchase.

Just weeks later she found me in the kitchen, and she stopped at a bit of a distance. Her face was red and her eyes bulged with the tears she was trying so hard to hold in. She tried to talk calmly but the words clogged in her throat. “Dad, did you move my bike?”

She knew. She had parked right up to the front porch, blocking the steps, ducking in to get a quick drink on a sweaty day. That fast, it was gone.

Who breaks a little girl’s heart like that? Who makes her feel afraid of her father, filling with shame and guilt, when just minutes ago she was sailing through the breeze without a care, like a child should?

I sometimes wonder why this event sticks with me so hard after all these years. Maybe she has forgotten about it by now, buying bicycles for her own daughter. But the lump in my heart as I write this is big as an apple, heavy as a stone. Perhaps it’s because all I wanted was for my girls to be happy, and someone stole her easy joy as simply as swiping a newspaper off the porch. He broke the world, and it can’t be glued back together without a big crack showing. I knew that too well.